The last year has not been what we all expected due to the COVID-19 pandemic and much of our original plan for the AWD project had to be delayed throughout 2021. However, this meant I have had time to work on validating some novel tools for use in the field and was able to have some time to publish an article reviewing the use of pheromones in canids and their possible application as a tool to manage stress and aggression, you can read this work at https://doi.org/10.3390/ani11061574.

Over the last 12 months I have progressed with validating a faecal immune assay not only in African wild dogs, but also for both juvenile and adult domestic dogs and Australian dingoes. We have used this assay to measure the immune response these different species have to vaccinations. This work has involved a lot of running around far North Queensland and Perth (Western Australia) to obtain a lot of faecal samples. We have successfully used antibodies raised for use in assays designed for measuring domestic dog immune levels to successfully measure both innate and adaptive immune response to vaccination in dingoes and African wild dogs. Furthermore, we have been able to measure a canine distemper virus specific immune response in both domestic dogs and dingoes and hope to be able to show this response in African wild dogs shortly. 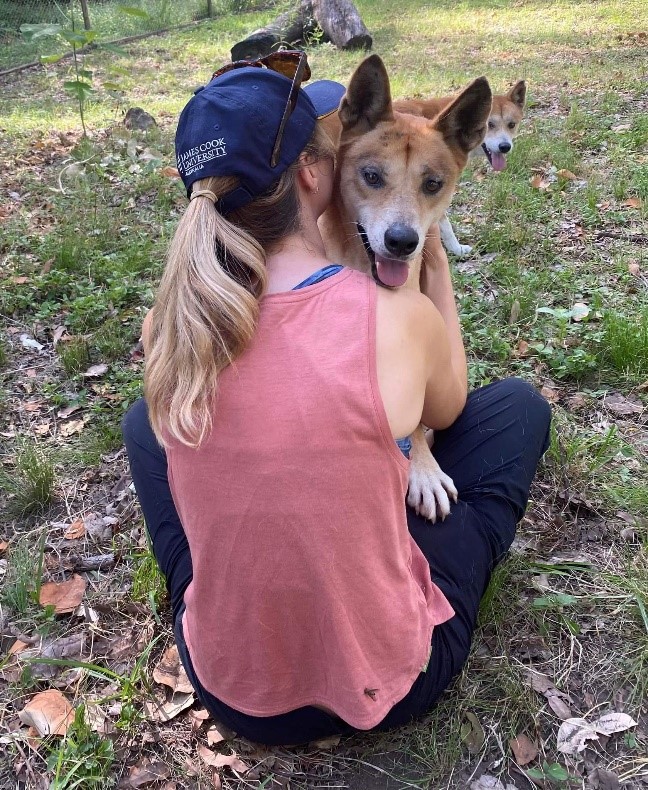 While waiting for the Australian travel bans to lift I was able to start watching some pre-existing footage from Femke Van den Berghe shot in the 2014 at zoos around the United States of America for her previous project. While watching some of this footage I was intrigued by the amount of vocal communication the wild dogs displayed which lead me to wonder whether there was a lot of previous research in this area of behaviour. After a comprehensive look at published literature it became evident that while the African wild dog vocalisations had been categorised in the past not much had been done since. The area of vocalisations as a tool for behaviour analysis is a growing field, with audio recording equipment improving rapidly. Animals with complex vocal repertoires typically use these as subtle ways to communicate within and between packs and individuals. Over the year I have developed a method of measuring the vocalisations recorded within the video footage obtained by Femke during the dog appeasing pheromone study. We are finding some really interesting results so far and while there is still some analysis work to be completed we are hopeful that the data shows that vocal communication is an important communication tool for the African wild dog and may be used to further characterise subtle changes that occur as a result of pheromone application.

African wild dog begging cries. This vocalisation can be used in a range of contexts including food solicitation and when distressed. (photo credit Pia Riddell)

With the validation of these tools well and truly underway and finishing up the laboratory work required in Australia for the faecal immune assay, I am excited to announce that the Australian travel ban lifted across Australia in the early months of 2022 and this has enabled me to begin my work in South Africa! Last week after a rush over approvals being granted I was able to board a plane in Sydney and fly to Johannesburg. I am now set in in a small, but functional, unit in Pretoria and am starting to feel like I might be over the worst of my jetlag. While I haven’t had the opportunity to go out into the field yet the city is beautiful and the Mammal Research Institute at The University of Pretoria has been very welcoming. I am settling in and hope to be able to update you all once again in the near future (hopefully with some photo’s in the field). 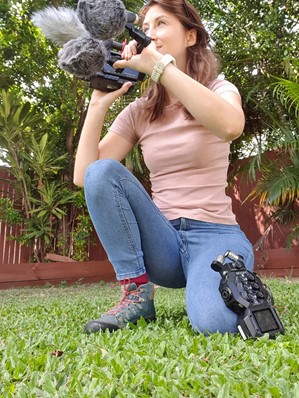 This portion of my PhD research has been funded by GAME Lab and IBREAM and Wildlife Acoustics. I would like to acknowledge the contributions of samples from Perth Zoo, Moccarott Rottweilers, Billabong Wildlife Sanctuary, Wildlife Surrounds Conservation Centre and the private owners of domestic dogs recruited from Townsville.

IBREAM Board Member and one of the founders of the IRSEA