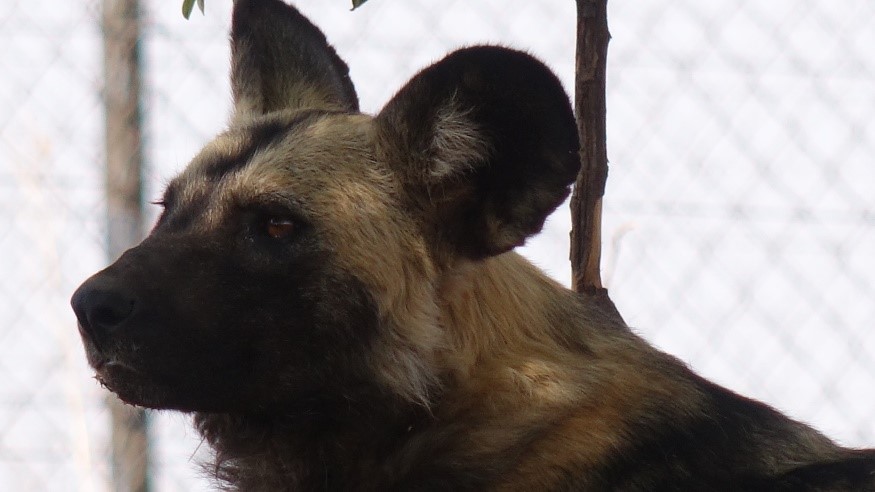 Earlier this year our valuable collaborators at IRSEA were busy developing a new canid appeasing pheromone spray for use in our research to reduce stress and aggression and bolster immune function of translocated African wild dogs. After some unforeseen shipping delays, we finally received this pheromone a few months ago and we have just finished our field trials testing olfactory perception of this new pheromone by African wild dogs. Our PhD student Pia Riddell has been busy recording extensive audio and video footage to measure positive changes in behaviour and vocalisation of a number of South African wild dog packs in response to different pheromone and control treatments. 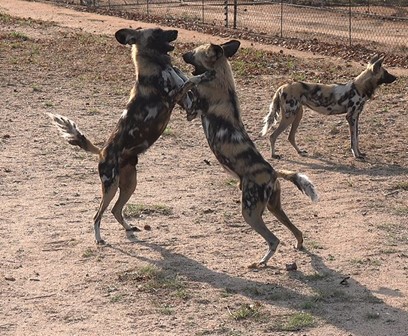 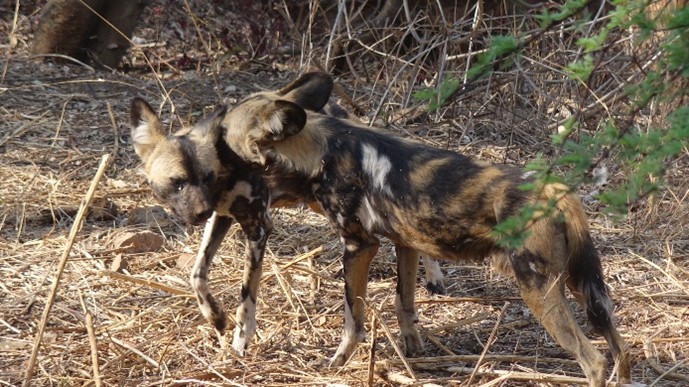 Pia’s work involves spraying a solution containing either the new canid appeasing pheromone, an existing commercial canid pheromone (ADAPTIL) or a placebo control onto the ground in the enclosures of African wild dog packs, then measuring their responses directed towards each spray. These responses are then compared to baseline rates of behaviour and vocalisation obtained over three days prior to treatments to determine significant positive changes in response to each treatment. To avoid creating observer bias, Pia is currently blind to which treatment is which. Despite this, Pia is excited by the dramatic increase in positive behaviours she has seen so far in response to one particular treatment. These include sniffing at the pheromone site, rolling in the pheromone spray and increases in play and grooming behaviours between pack mates. Detailed behavioural, audiological and statistical analysis is underway to identify which substance induces such a positive change and to quantify its magnitude. This will help us determine whether the new canid appeasing pheromone is more favourably perceived than the existing ADAPTIL pheromone or placebo control. This initial perception trial would not have been possible without the generous cooperation of Bothongo Rhino & Lion Nature Reserve, The Ann Van Dyk Cheetah Centre, National Zoological Garden Pretoria, Hoedspruit Endangered Species Centre and Johannesburg City Park Zoo. Such work highlights the valuable contribution captive institutions can make toward in situ conservation endeavours. 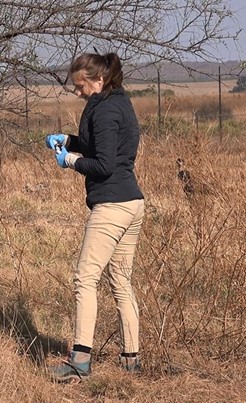 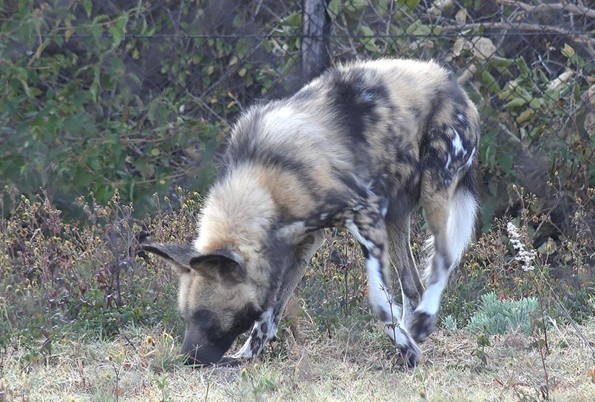 The next step will be to apply these pheromones to alleviate stress in African wild dogs during conservation interventions necessary for the species’ survival. In Southern Africa, the Wild Dog Advisory Group has adopted a meta-population management approach to conserve the species. This involves the translocation and artificial bonding of new packs prior to release into protected areas. This management strategy has proven to be very effective, but does inadvertently induce stress in the animals. African wild dogs under stress can exhibit increased levels of aggression which can lead to injuries and extend the time needed for artificial bonding to be successful, thus increasing the time animals need to remain in captivity prior to release. Furthermore, prolonged stress that persists for longer than a day, can start to negatively suppress immune and reproductive function, which could impact each animal’s natural resilience when released into the wild. Currently very little is known about the effect of stress on immune function or reproduction during translocation or artificial bonding. Our ongoing work will elucidate whether our new canid appeasing pheromone can reduce stress and aggression and thereby reduce immune and reproductive suppression if it does occur.

Our team would like to acknowledge our collaborators and the organisations which have funding parts of this work. These active collaborations include the Mammal Research Institute at the University of Pretoria, The Research Institute for Semiochemistry and Applied Ethology, The captive institutions involved and Wildlife Acoustics who granted us a subscription to Kaleidoscope Pro Software to complete audiological research.